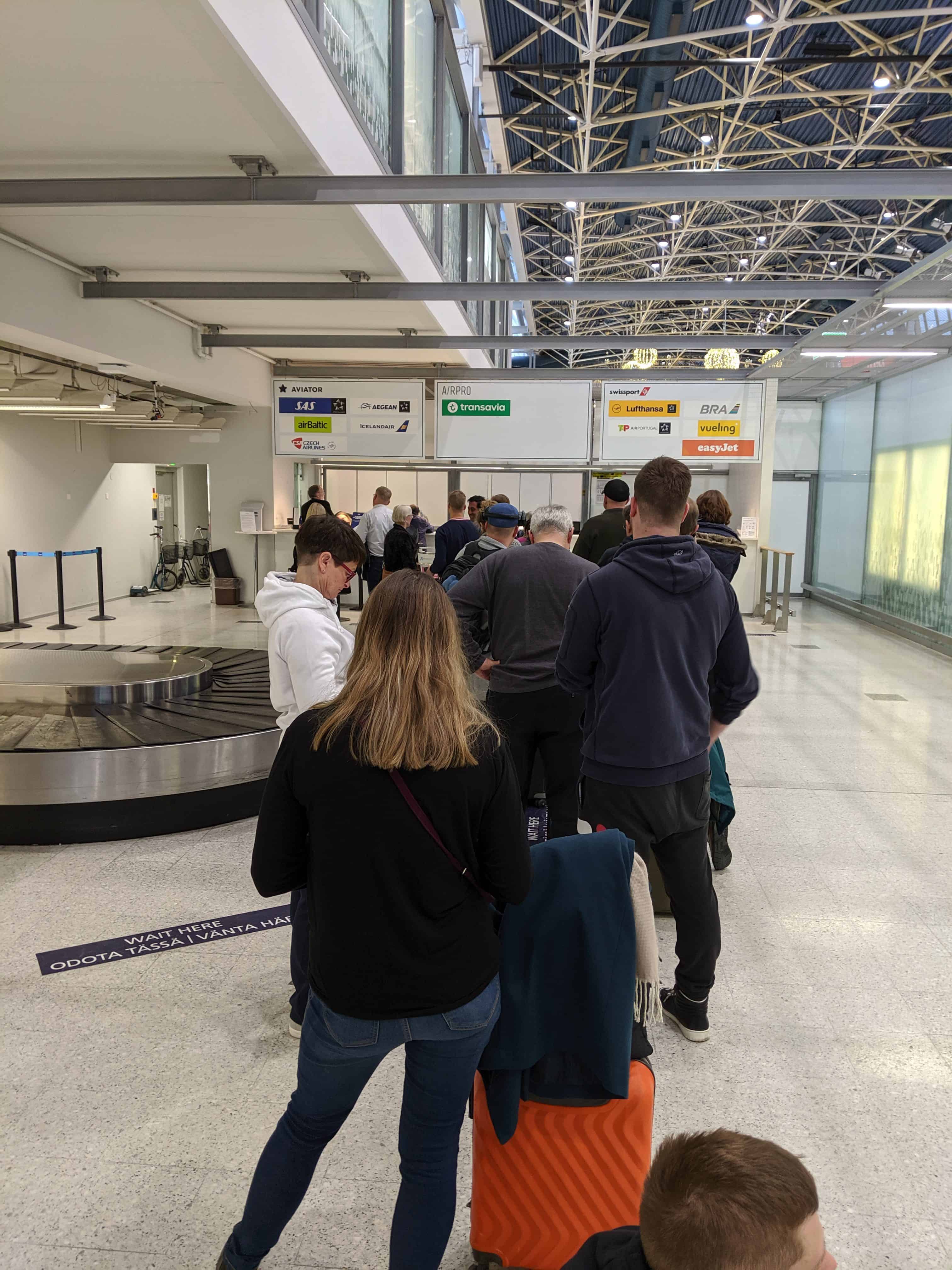 I don’t normally stay for the final day of the JCI World Congress, which is mainly the farewell gala. I was originally supposed to leave Friday at 13:38, flying from Tallinn to Frankfurt, then Frankfurt to Chicago, and Chicago to Omaha. On Wednesday, I got a text that my flight out of Frankfurt had been canceled, due to a two-day strike in Germany by Lufthansa cabin crew. In reading the recommendations from Lufthansa, it said that while they will rebook you, if you used a travel agent, it recommended working with them. Normally I don’t use one when traveling for JCI events, but since I added a week of vacation beforehand, I had used YTC – the same group I had used to arrange my Alaska vacation. I emailed Tabitha Tomerlin, and she began working on getting me re-booked. She was able to get me on a 6:40 flight out of Tallinn, and then on United from Frankfurt to Chicago, and then to Omaha.

Thursday night, I got another text from Lufthansa. My flight from Tallinn to Frankfurt had been canceled. It never said why, but I’m assuming it was for the same reason, and the strike was now affecting cabin crews not based in Germany as well.

Meanwhile, on Friday (while I was in Helsinki) I heard from my father that his pacemaker was having issues. He ended up going in for surgery on Saturday to have it fixed. So, I asked Tabitha if there was any way she could adjust my flight to go to Denver instead, so I could check in on my father. My sister was also driving from Tulsa, and would be there. To actually change the ticket would cost over $2,600, but she was able to work a flight that would go through Denver. I could then just skip the flight to Omaha, and book a separate ticket for $281 to Omaha on Sunday. My new route (leaving a little later Friday morning): Tallinn to Helsinki, Helsinki to Reykjavik (Iceland), Reykjavik to Denver, and Denver to Omaha. Later that night I got a text from Finnair warning that there was expected to be severe weather in Reykjavik, so watch for flight changes.

I got up at 5:00 the next morning, and headed to the airport at 6:25 for an 8:25 flight to Helsinki. So far, so good. That flight left without issues (other than departing 50 minutes late), and I arrived in Helsinki with about four hours before my 14:00 flight on Icelandair to Reykjavik. That flight started boarding at 13:25, but when I scanned my ticket for entrance, I was denied. While the flight to Reykjavik was still on, all connecting flights had been canceled so they weren’t letting anyone on who didn’t have Iceland as a final destination. While that was probably for the best, since Helsinki was a larger airport with more flight options, because of the Lufthansa strike, flights were all pretty full with re-booked passengers. After standing in the transfer line for two hours, the best I could do was a flight to Chicago the next afternoon. Denver was now unlikely to happen. There were still a couple of hours left before my travel agent would be at work, so I found a bar in Terminal 2 with a decent craft beer selection, and had a couple while I waited.

I heard back from Tabitha around 17:30. As I suspected, because of the strike and weather issues, there were no other options. I would be spending the night in Helsinki. She was, however, still able to cancel my Sunday ticket from Denver to Omaha, and recommended I go to the Lufthansa desk to see about a hotel voucher. I had tried earlier, but at that time there was a long line of people checking in, and only one person working the counter.

This time, however, there was no line. All the workers were actually from SWISS, so I wondered if that was because of the strike. Anyway, they were able to get me a hotel voucher and meal vouchers. The hotel, Bonus Inn, is nothing special. Plus, with it being near the airport, there was not much else around to see and do. I was pretty tired, anyway, so after dinner in the hotel restaurant, I went to bed.

It is 11:00 Saturday as I write this. I will check out of the hotel in an hour and head directly to the airport. If all goes well, this fourth itinerary home will get me to Omaha at 18:38 tonight. However, I only have a 1:40 layover in Chicago to clear customs and deal with getting a ticket printed for United that does not show up for me in their app. Hopefully that will be enough time.