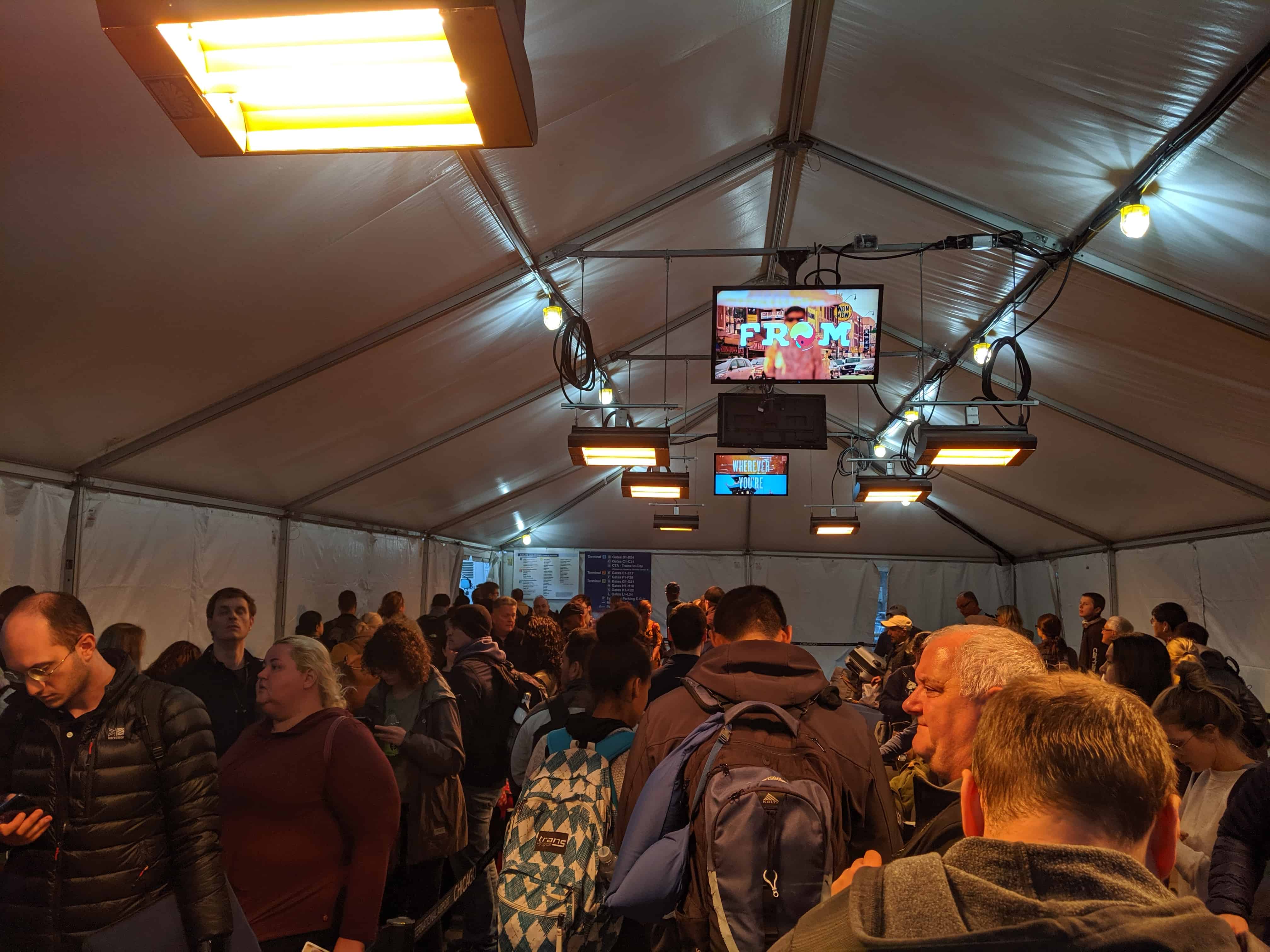 As I said in my previous post, I was a bit concerned that my final flight from Chicago to Omaha did not show up in the United app. However, the Lufthansa people that I spoke to while getting my hotel voucher assured me I was fine, because it showed up in their system. I was also concerned about the relatively short layover in Chicago for an airport that isn’t known for being able to do anything quickly or efficiently. They did offer to re-book me on a later flight on American Airlines, but noted I could get home quicker with the current itinerary. At this point I just wanted to get home, so I figured I would gamble on the flight. I should have taken them up on their offer.

I arrived at the Helsinki Airport shortly after noon and checked in. I was only able to get my first boarding pass. The person at the Finnair desk said I would have to get the United ticket in Chicago. They could not print it there because they are not code-share partners. However, my bag was checked through to Omaha, though of course I would have to clear customs with it. I then headed to the security checkpoint, noticing that I had “Priority Security” on my ticket. I assume it was because I have Global Entry, but I’ve never had that mean anything at a foreign airport before. There was no line for that, so I breezed through and made the long trek to my gate. By the time I got there, they were already letting people into the staging area before boarding the flight.

The flight from Helsinki to Chicago went smoothly enough. It left on time (or close enough) and got into Chicago about 15 minutes early. So far, so good. Thanks to having Global Entry I was through to baggage claim in a matter of minutes, then got my bag and was through customs before most of the people from my flight were at baggage claim. There was a long line for the transfer bus between terminals, but even still I got to the United check-in area (O’Hare’s transfer between terminals takes you outside of security, so you have to clear security again before you can get to your next gate) with more than an hour before my next flight. That’s when the trouble started.

Because my record locator didn’t show up in their system, I couldn’t use the kiosk to check in. I had to go to the special assistance line. There were only eight people in line ahead of me, and four people working, so I figured I would be through fairly quickly. At 16:00, they were down to two people working, and I was only one person closer to getting help. At 16:15, I was only one more person closer to being helped. The person behind me was also on a tight schedule (a flight 15 minutes later than mine), and flagged down the person managing the queue. We explained our issue, and were both pulled out of the line and sent to United people to help directly. Of course, they couldn’t find any record of my ticket, and I was not listed on the flight manifest. At this point, it was close to 16:30, so there was no way I was making the flight. They sent me down to Lufthansa to try to get this straightened out.

I was pretty angry at this point, but I did my best to maintain my composure. I explained my situation to the Lufthansa agent, how this was my fourth itinerary, and demanded to know why I didn’t show up in United’s system – even though I could see it in both the Finnair and Lufthansa apps. He checked his system, and sure enough, I was there. We went together back to United, but no one seemed to know why I didn’t show up in United’s system. It was too late, anyway. Back to the Lufthansa desk, where they spent about a half-hour trying to get me re-booked. I finally was able to get on an American Airlines flight leaving Chicago at 20:50 and getting me back to Omaha at 22:28 (this was a couple of hours later than the one I could have gotten yesterday). For those keeping score, this was change number four on my return, for itinerary number five.

I got on the bus between terminals again to head to terminal three. I tried checking in at the kiosk, and…I wasn’t there. Neither my passport nor my record locator worked. An American Airlines employee came over to help, and thankfully he could find me through their administrative access and got my boarding pass printed. From there it was off to the security checkpoint. I got through the line quickly thanks to TSA Precheck (included with Global Entry), but of course I was randomly selected for additional screening. For some reason they didn’t have anyone there to do that, so it was about a 10-minute wait before someone showed up.

God I hate flying through O’Hare…

Finally I was through, so I headed to the Goose Island Beer Company brewpub for dinner and a couple of beers. The burger was really good, but the truffle fries were definitely not worth an extra $2.00.

We boarded the plane about 20:30 and took off on time! I was finally going to get back to Omaha. No, really! We landed a few minutes early, and I headed to where United bag claim was, since my bag was supposed to be on that earlier flight. Sure enough, there it was in their office, with a note taped to it saying something like, “Unable to locate passenger record”. Well, no shit. I grabbed my bag and headed home, finally crawling into my bed around 23:15.

While the last week has been very stressful in part because of my father’s heath issues (and feeling helpless because I was out of the country and not able to do anything) – and in no small part due to Lufthansa’s mishandling of nearly every step of my trip home – overall it was a very nice trip. I am very grateful to Tabitha Tomerlin and all her help trying to keep my trip on track. All these changes were out of her control, and she did her best to get me to Denver for the weekend.

Right now my next overseas trip is to Siem Reap, Cambodia for the JCI Asia-Pacific Conference in June. We are also talking about going to Ireland for the JCI European Conference, though, and may take another domestic trip sometime this winter.