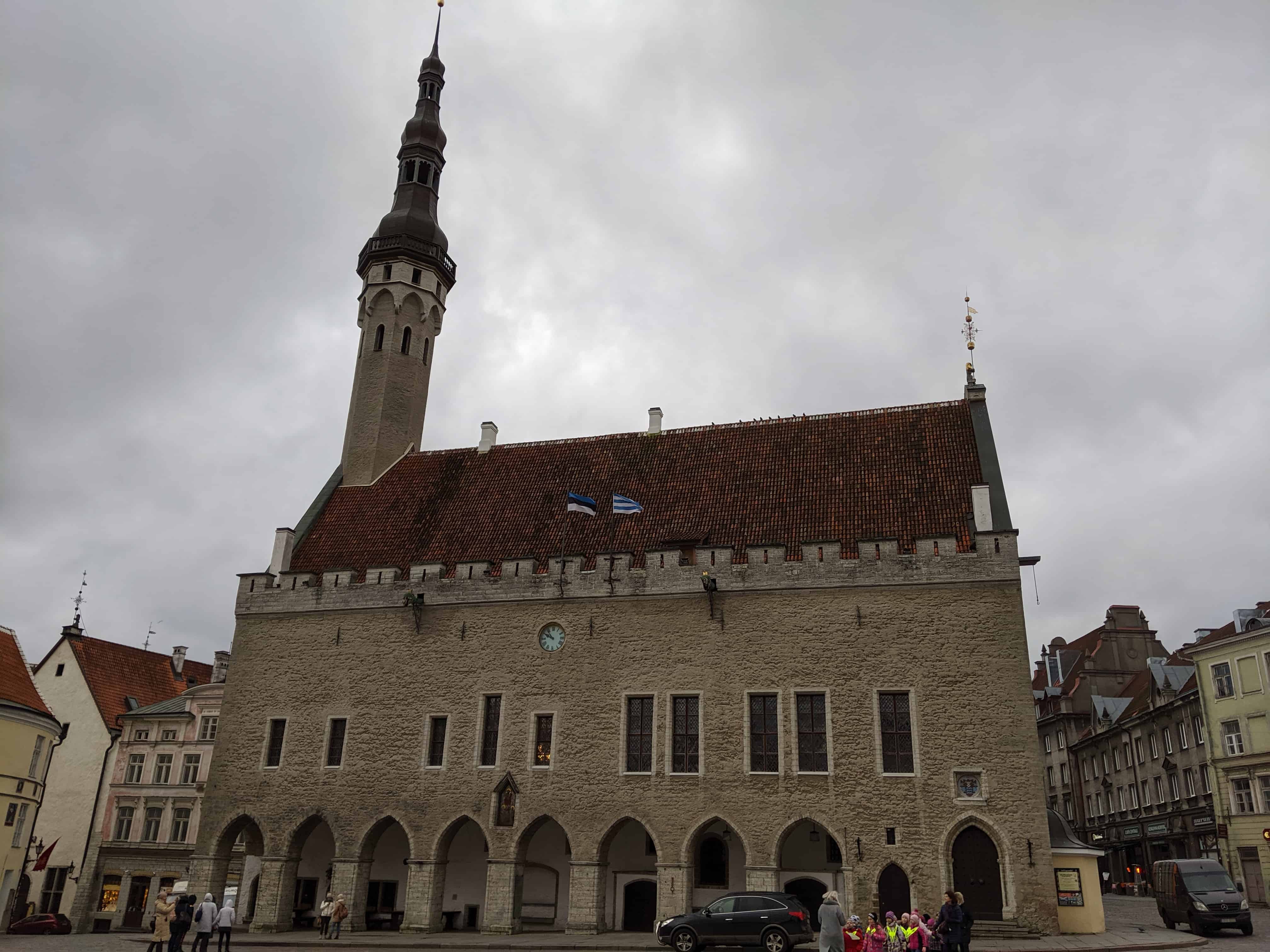 Taking the ferry from Helsinki to Tallinn was a nice experience. I caught an Uber from my hotel to the terminal at around noon, had a beer in the bar, and boarded around 13:00. We departed at 13:30. Once on board, I ran into a couple of other JCI Senators from the USA. I sat with them and we talked and had a few beers during the two-hour trip.

We arrived right on time at 15:30. A member from the COC, Kaspar Ilves, met me at the terminal and took me to my hotel. I checked in, then walked to the old town section to look around a bit before dinner with other members of my group.

The next morning, our group took a walking tour of old town Estonia. It was fairly cold and windy out (right around freezing), but walking kept me warm enough. Old town Estonia is very beautiful. There are several churches to explore, plus what is believed to be the oldest pharmacy in Europe still operating (since 1422). We then hiked up to Toompea Castle where Alexander Nevsky Cathedral is, a beautiful orthodox church. The parliament building is across the way, and a little further away is a place where you can get a breathtaking view of Tallinn.

The JCI World Congress had its opening ceremonies that evening, As I have done nearly every year since 2010, I served as the offstage announcer for opening ceremonies. That mainly consists of introducing the national presidents and officers of the organization. So, I spend a couple of hours practicing the pronunciation of all the names before the start. Our group had dinner after that, then I had another meeting at midnight.

The next few days were a blur of meetings, dinners and events. Kaspar was assigned to our group to help make sure we had what we needed, and did an outstanding job of taking care of us. Planning for elections and appointments was the bulk of our work, though we had several fruitful discussions on a variety of topics. Heather Vardell from JCI USA was one of the 15 Vice President candidates elected (two additional Vice Presidents were appointed the next day). We also had Michelle McGrann appointed as chair of the Skills Development Committee, and Neil Fitzgerald appointed to the Advocacy Committee. JCI Canada is also in my group, and Crispin Bottomley was appointed to the Strategic Plan Implementation Committee.

The JCI World Congress as a whole was very expertly run. JCI Estonia did a wonderful job, and the Conference Organizing Committee – and the COC Chair,  Kai Kuusik-Greenbaum – should be very proud of what they accomplished. They proved that a small national organization in a small country can do just as good a job – if not better – than larger NOMs in larger countries.

My plan was to leave a day early (Friday), but that didn’t quite work out. More on that in the next post.